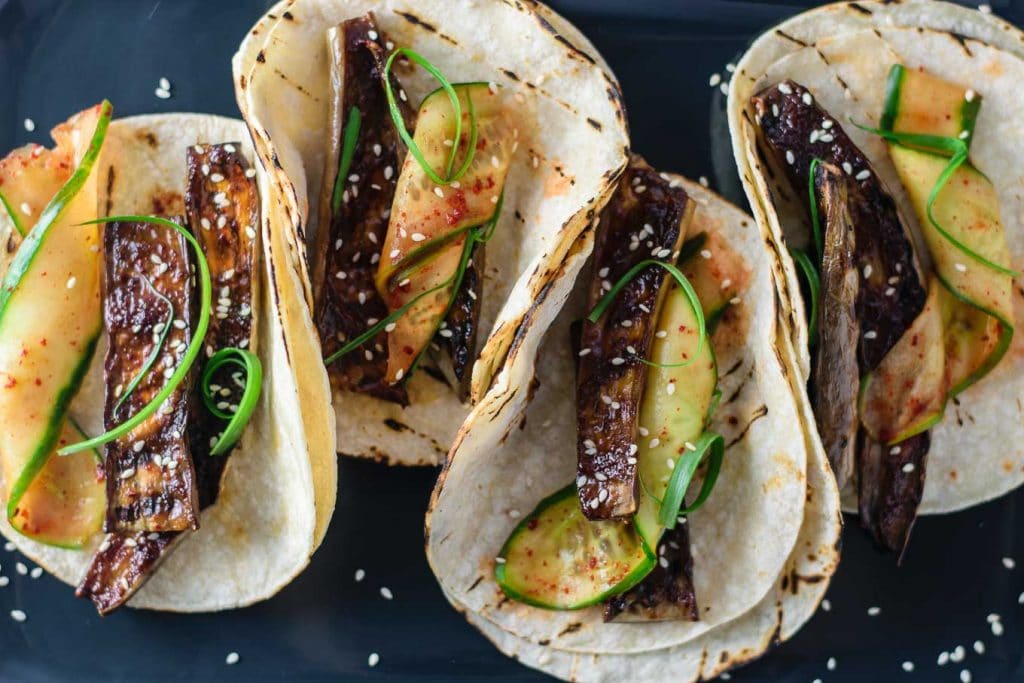 If you’ve never had the Japanese dish nasu dengaku (miso-glazed eggplant), you’re in for a treat! The first time I ate it I had to wonder what sorcery happened to the eggplant. How is something so simple SO good? It’s like, just eggplant, with a miso glaze broiled on top of it. The eggplant becomes so tender, without succumbing to mushiness, and that miso-glaze is a savory flavor bomb. Here it’s paired with crisp and chili-flecked marinated cucumbers for a juicy, spicy bite, and stuffed into corn tortillas for easy handheld eating. 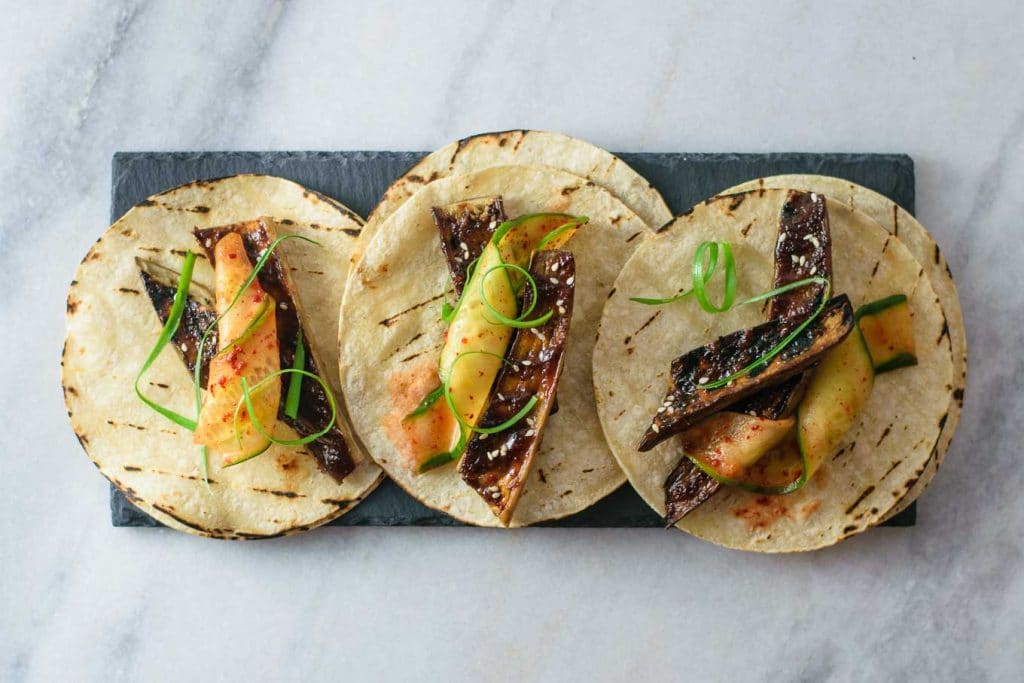 Despite the multiple components, this recipe comes together so quickly! A quick salting of the cucumber draws out moisture before tossing in an easy 3-ingredient chile-mirin marinade. The salty, spicy cucumbers are balanced with a tiny bit of sugar and chilled for ultimate cucumber cooling effect. The eggplant is grilled (or pan fried) until tender and lightly charred before being brushed with the glaze and broiled until hot and bubbly. The tortillas and the garnishes are prepped while the oven saturates with heat, so when the eggplant comes out it can be quickly cut down to tortilla size and stuffed in the soft and hot corn tortillas. The mild corn flavor of the tortillas is the perfect creamy accompaniment to the umami-rich dengaku. A little scallion green brings a oniony sharp bite, and a sprinkle of toasted sesame seeds a little crunch and an extra pop of toasty flavor. 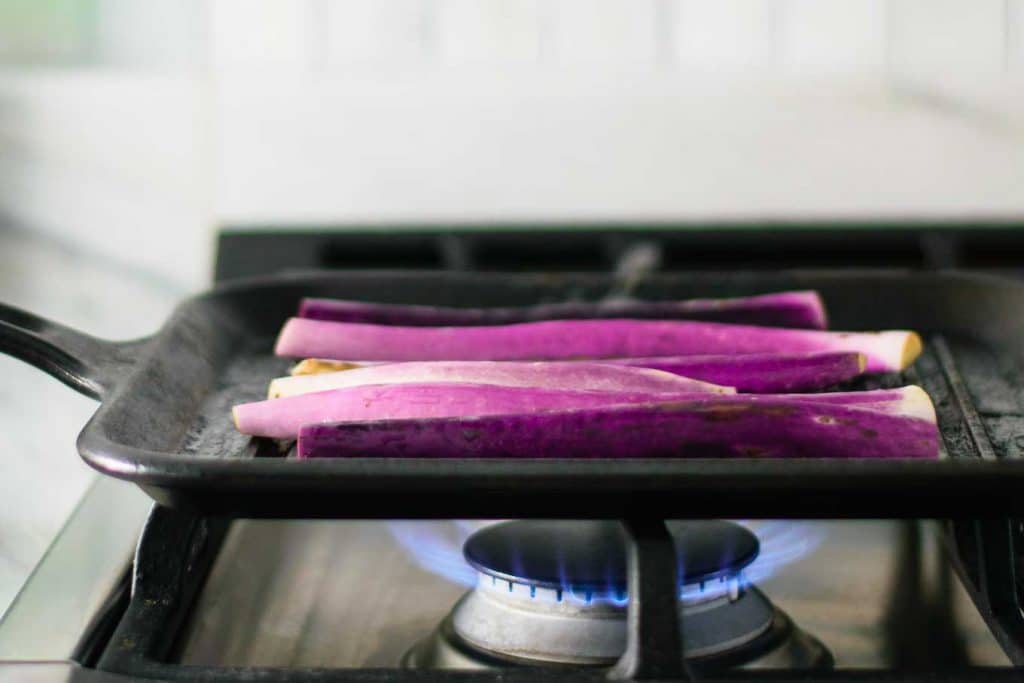 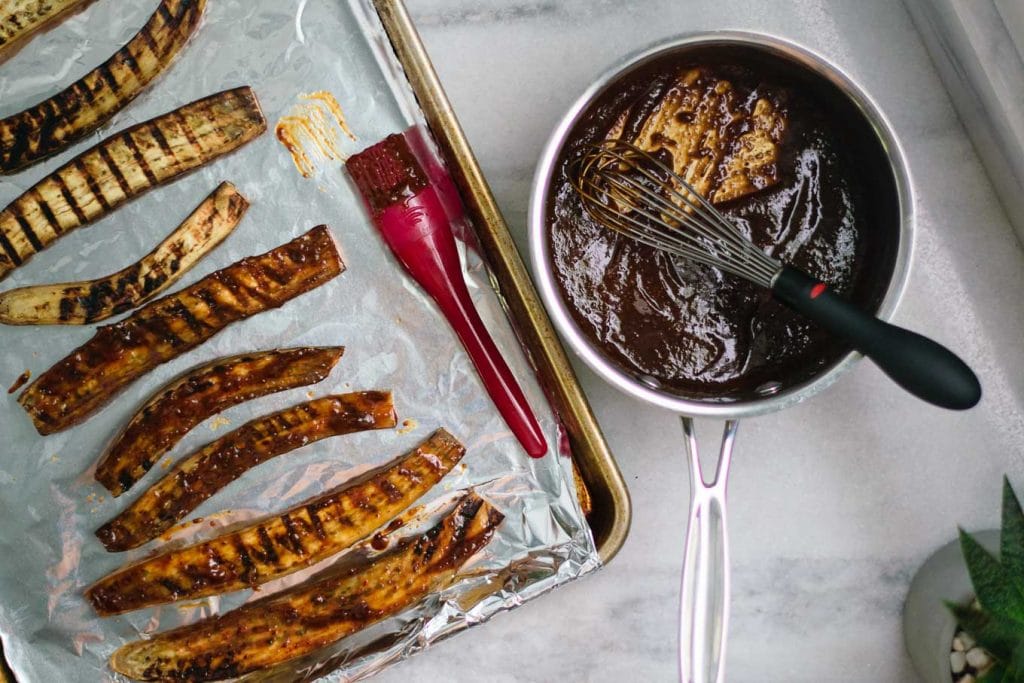 It would be unfair to these tacos not to mention that they *only* need 13 ingredients to make everything. And that dengaku, honestly, I’m not sure how something so flavor rich only has 5 ingredients–and that’s if you use the optional (and slightly less authentic) crushed pepper! Yeah, that’s right, I had to add some heat to mine (as well as significantly decrease the amount of sugar typically found in dengaku). If you’ve been following along for awhile now, you’ve probably noticed that I like my food to be both flavorful and spicy. But, if you don’t want spicy tacos, you can leave out the crushed pepper from both the dengaku and the marinated cucumbers. Don’t worry, it’ll still be great!

So if you feel like you’re in an eggplant rut, you should make these Japanese influenced tacos right away! They’re slightly smokey from the grilling, a little sweet from the miso and sugar in the glaze, and packed with complex umami flavor, thanks to the miso, sake, and mirin. Ok, I can’t look at these photos any longer (they’re making me want more!) so let’s get on with the recipe! If you make these tacos (or just the eggplant!) tell me! Leave a comment and/or rate the recipe below, tag me on Instagram (or #thecuriouschickpea), or share with me on Facebook! Happy eating everyone! 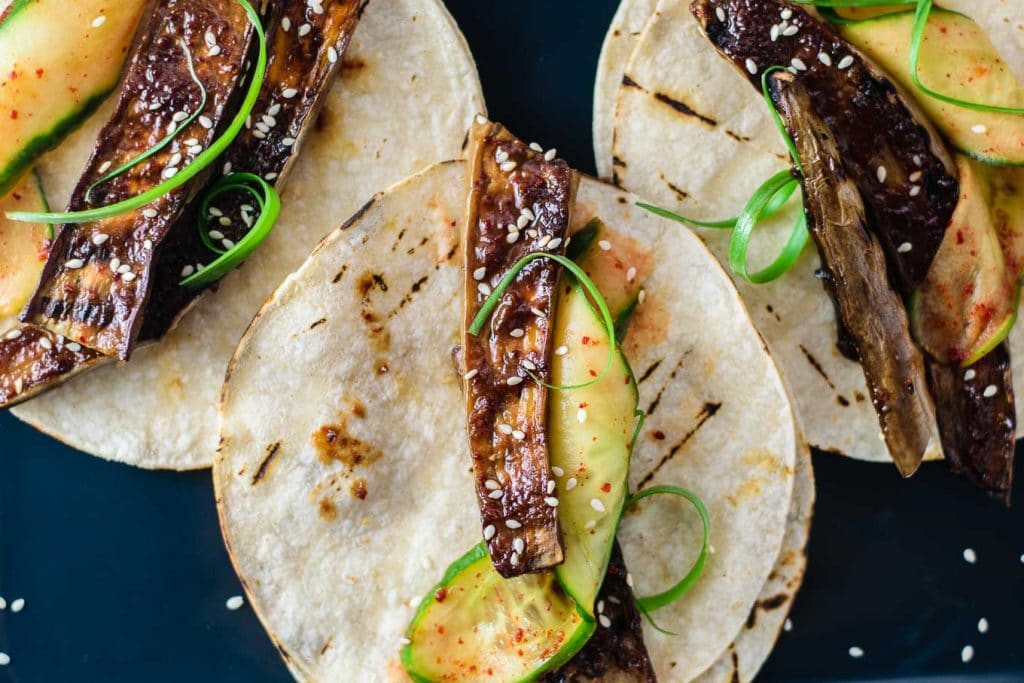 To make the marinated cucumbers

To assemble the tacos and serve

*heat your tortillas over a hot skillet or a gas burner on medium-high heat. Put in a tortilla warmer, or wrap in a clean dish cloth, to keep warm and soft until ready to use. You can also heat many tortillas at once in a hot oven. 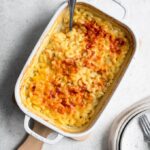 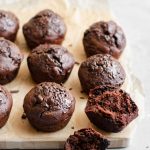