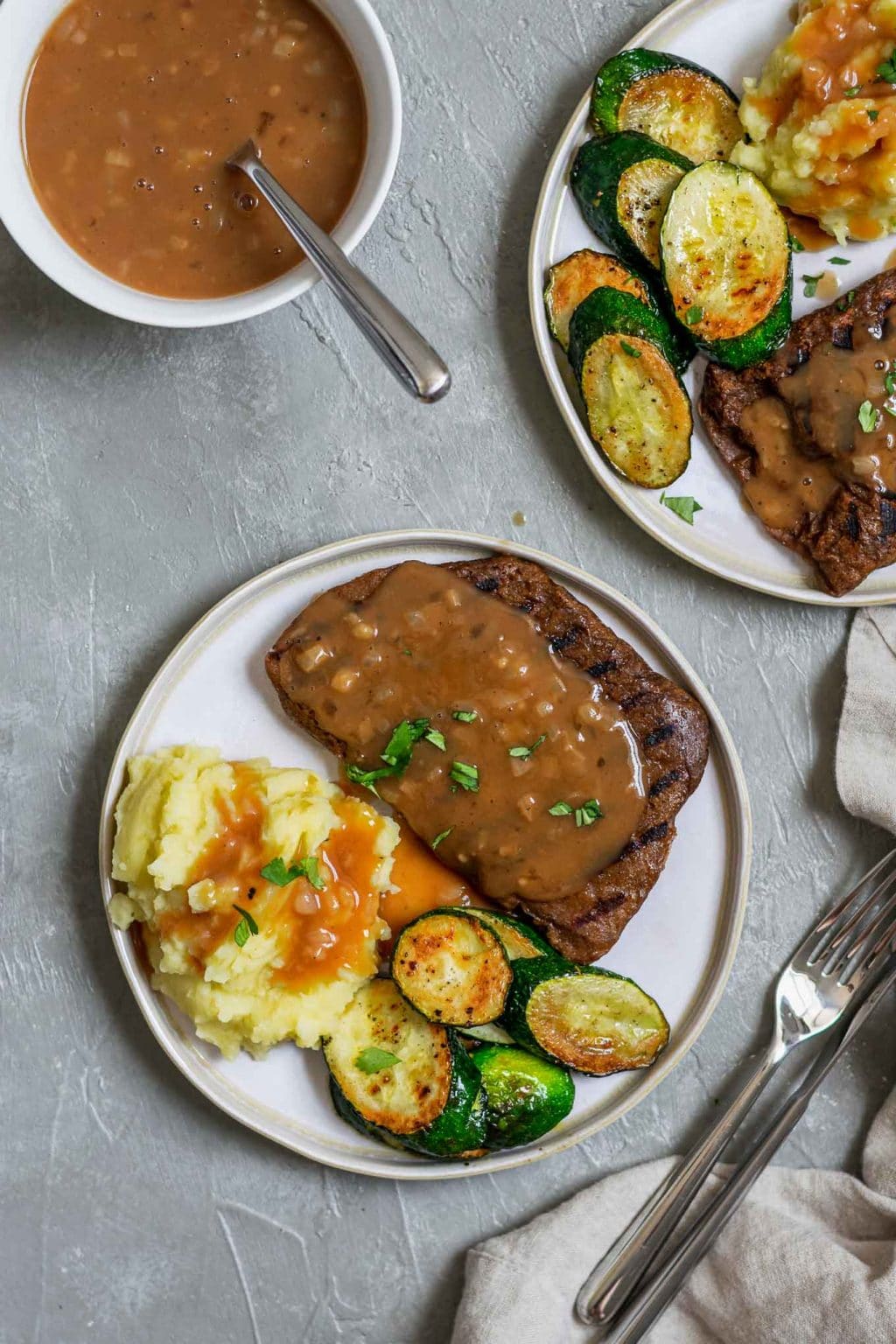 Have you ever made your own seitan? Every time I make it I can’t help but think how crazy easy and cheap it is to make. And most recipes make enough to have seitan for days and days. Not that you need to eat it all at once, because it freezes SO well!

I really like seitan, and cook with it a lot. And usually I buy it, because it’s convenient, and because I really enjoy the various store bought options. But sometimes I’m looking for something specific and I can’t buy it, or I just want a lot of seitan without spending a ton of money.

If you’re newer to vegan eating, you might not have heard of seitan and are wondering what the heck I’m talking about. A quick background: seitan is a protein dense food that was developed in ancient China. First records of using it date back all the way to the 6th century! It’s made from the protein in wheat flour, which is called gluten.

Seitan (or prepared wheat gluten) can be made with whole wheat flour. The basic premise of how to do this is to make a dough of flour and water, then soak the dough in water to wash away the starches. This process is more involved, and you’re left with a plain tasting gluten that you will want to season and prepare for use in a recipe.

Luckily these days, in most parts of the world you can just buy the extracted wheat protein as a flour, called wheat gluten or vital wheat gluten. This also means that when making seitan you can add in spices and aromatics while making it, infusing the wheat gluten with flavor, which makes for a superior product that’s super versatile. 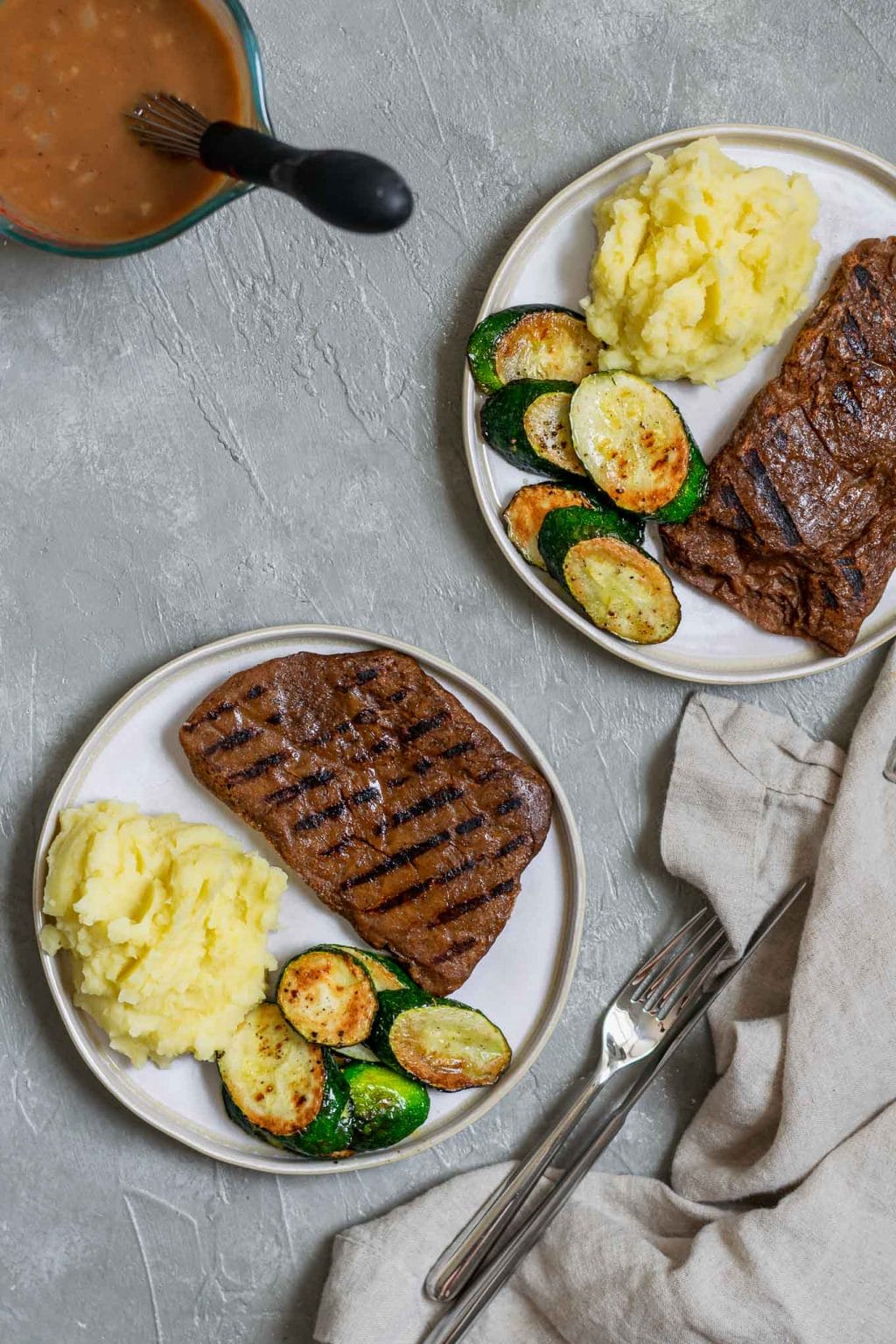 So how to we make these seitan steaks? I’m glad you asked!

First let’s get going on the aromatics: sauté some onions until sweetened and soft, and then add garlic and cook off its rawness. Blend these softened aromatics with some vegetable broth, which hydrates and activates the wheat gluten flour, essential for developing seitan! Then throw in some more flavor adding ingredients: red wine (see notes before recipe for sub if you avoid alcohol), soy sauce, vegan Worcestershire sauce, and tomato paste. All of these ingredients are filled with umami, and are ultra savory, which adds to the meatiness of the final seitan steaks. [Note: I’m not pretending this is going to taste like actual meat. Well I have no idea frankly and I don’t want to know! You’re talking to a life-long vegetarian-turned vegan here.]

A little oil adds some richness to the seitan while also giving it a nice texture as does adding beans to the dough. The starches and proteins of the black beans help break up the gluten structure for a more tender final seitan. Some seitan recipes you’ll see leave the beans in a slightly mashed and chunky consistency, but I’m going for a smooth seitan here and so blended them up with the rest of the liquids to make a smooth puree.

I also add some chickpea flour (besan) to the wheat gluten flour. A little bit of chickpea flour vastly improves the texture of seitan in my opinion. And not just because I like chickpeas (could you have guessed? 😛 ). It works like the beans to create a more tender seitan.

When the liquids are added to the wheat gluten and chickpea flour mixture the mixture quickly turns to a soft and squishy dough, that feels nothing like the wheat doughs you’re used to working with (and if you’re not familiar with dough, there’s not time like the present to get acquainted! I’ve got a lot of bread recipes that are a great place to start 🙂 ). Some recipes stop here with just a minute of kneading to get the ingredients will combined, but I want to develop some of that gluten protein network to create a toothsome seitan. 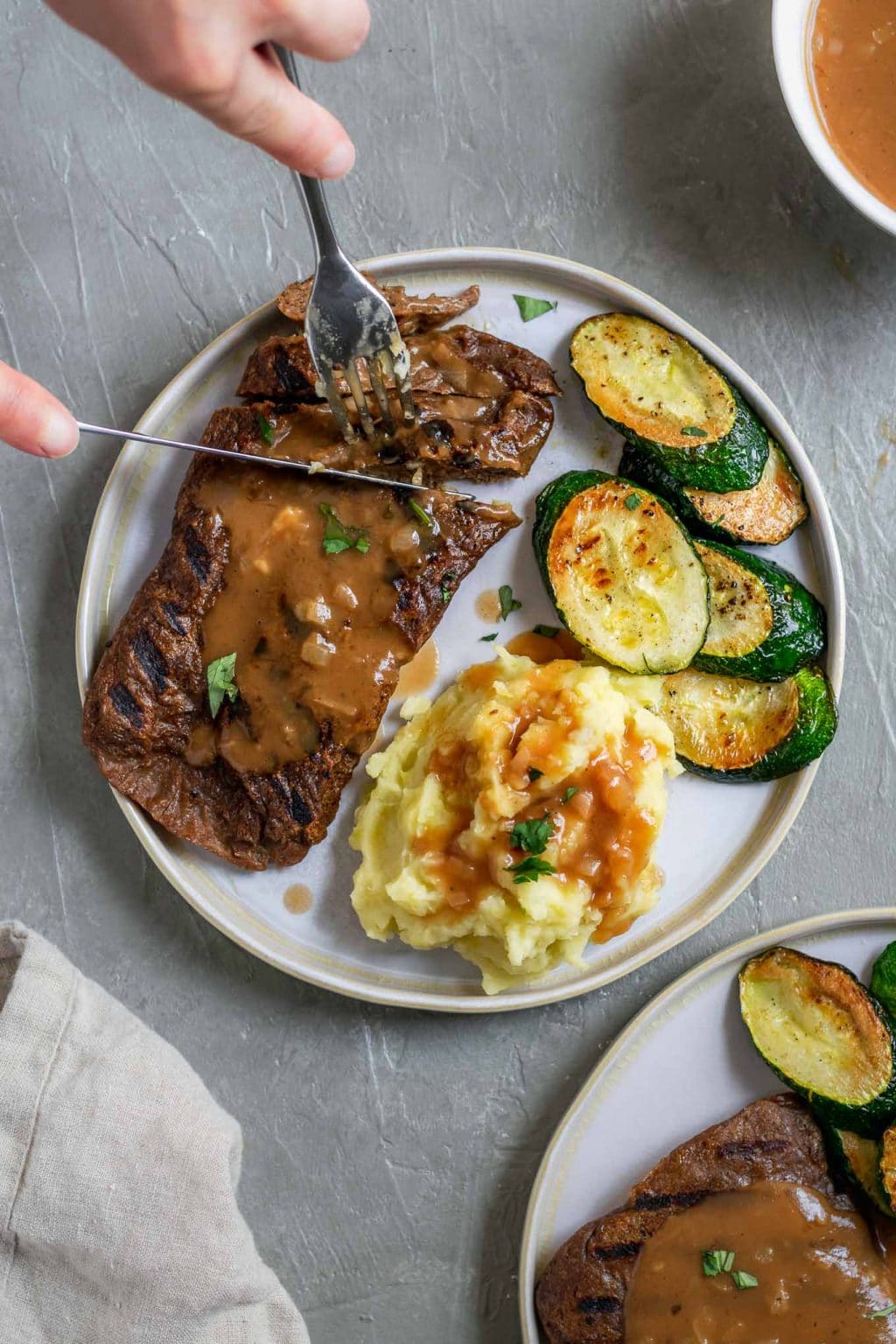 I take a page from a lot of my bread recipes and skip the kneading for 10 minutes straight. Instead I let the dough do some of the work. Three minutes of kneading, and you feel the dough go from a squishy sticky mess to one that starts to provide some resistance against you. Then, let the dough rest for 5 minutes. The gluten network you’re creating through kneading starts to relax and in doing so aligns in the desired configuration. Pick the dough back up and knead it for another 3 minutes and you end up with a slightly stiff dough that is giving quite a bit of resistance to your efforts.

Next we divide the dough and shape into steaks–or flat roughly rectangular pieces– and wrap them into foil parcels and steam.  Steaming allows the dough to expand, cook, and firm up, without the dangers that simmering has (too vigorous a simmer and you end up with a spongy texture). After steaming the seitan should be left to cool completely. As it cools the texture will continue to firm up. For best texture, stick the cooled steaks in the fridge and let chill overnight. There’s a good chance you won’t be happy with them if you try to eat them before that!

See? Making seitan isn’t hard. And this single recipe makes 2 lbs of seitan. TWO pounds!!! That’s the equivalent of buying 4 packages of 8oz seitan. And at this point you can chop it into chunks, thinly slice into strips, pulverize it into grounds, or leave it whole. Get creative!

Now, if you’re looking for a great summer grilling recipe, then you might just want to leave it whole and continue with the rest of the recipe!

Whip up a quick and easy shallot gravy, complete with more red wine and everything. The shallot gravy complements the savory, meaty tasting seitan steaks so well. Serve with some buttery mashed potatoes, which should also be smothered in more gravy, obviously. Then sauté some delicious summery zucchini squash (or like, grill, if you’re using a real grill), and you have yourself a delicious vegan meat-and-potatoes type meal. 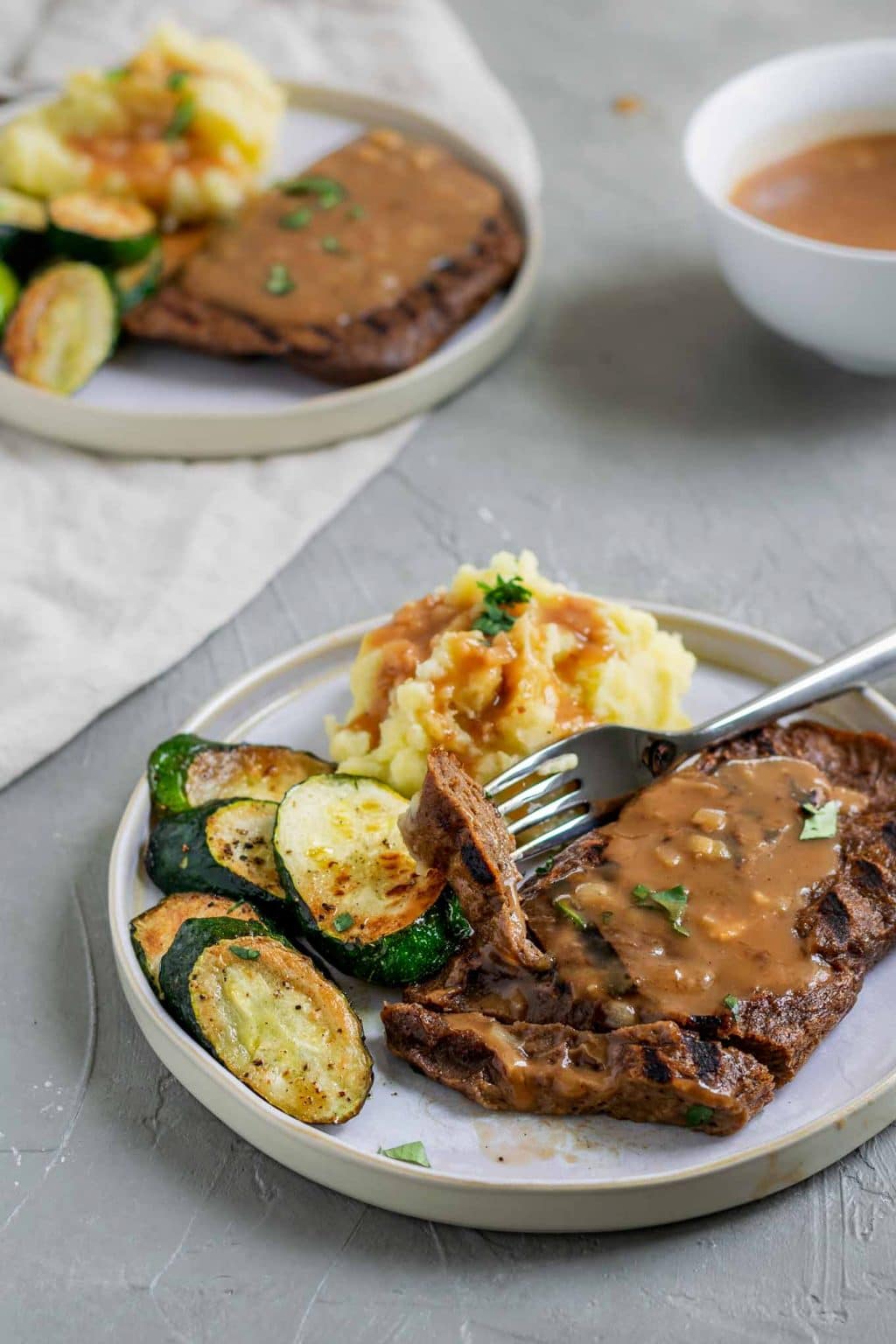 Despite growing up in the Midwest, I wasn’t raised on a meat and potatoes diet, and have no real interest in eating these kinds of meals. That being said, this combination of flavors was SO good, it’s one I went back for seconds on. Well the next day anyway, as I was way too full to even finish my 5oz seitan steak. But, don’t worry, that’s what husband’s are for!

The seitan steaks are incredibly high in protein, with each steak having about 37 grams of protein to 8 grams of fat (and 13 grams of carbs). Now, I don’t think you need to worry about getting protein as a vegan as long as you eat enough calories and a varied diet. And I don’t usually calculate the nutritional information of my food. But like, it’s just kinda crazy to compare that to a 5oz beef steak which (according to google) has 35g of protein and 27g of fat. So basically you can get the same amount of protein and a LOT less fat and have a delicious meal with no animals harmed! That’s pretty cool.

So get your hands in there and make yourself some seitan steaks! And then douse them in gravy. And enjoy with potatoes and zucchini or whatever way you enjoy! And let me know how you like them!

I look forward to sharing more recipes using this seitan, as the recipe does make a lot and I want to showcase this delicious vegan protein! 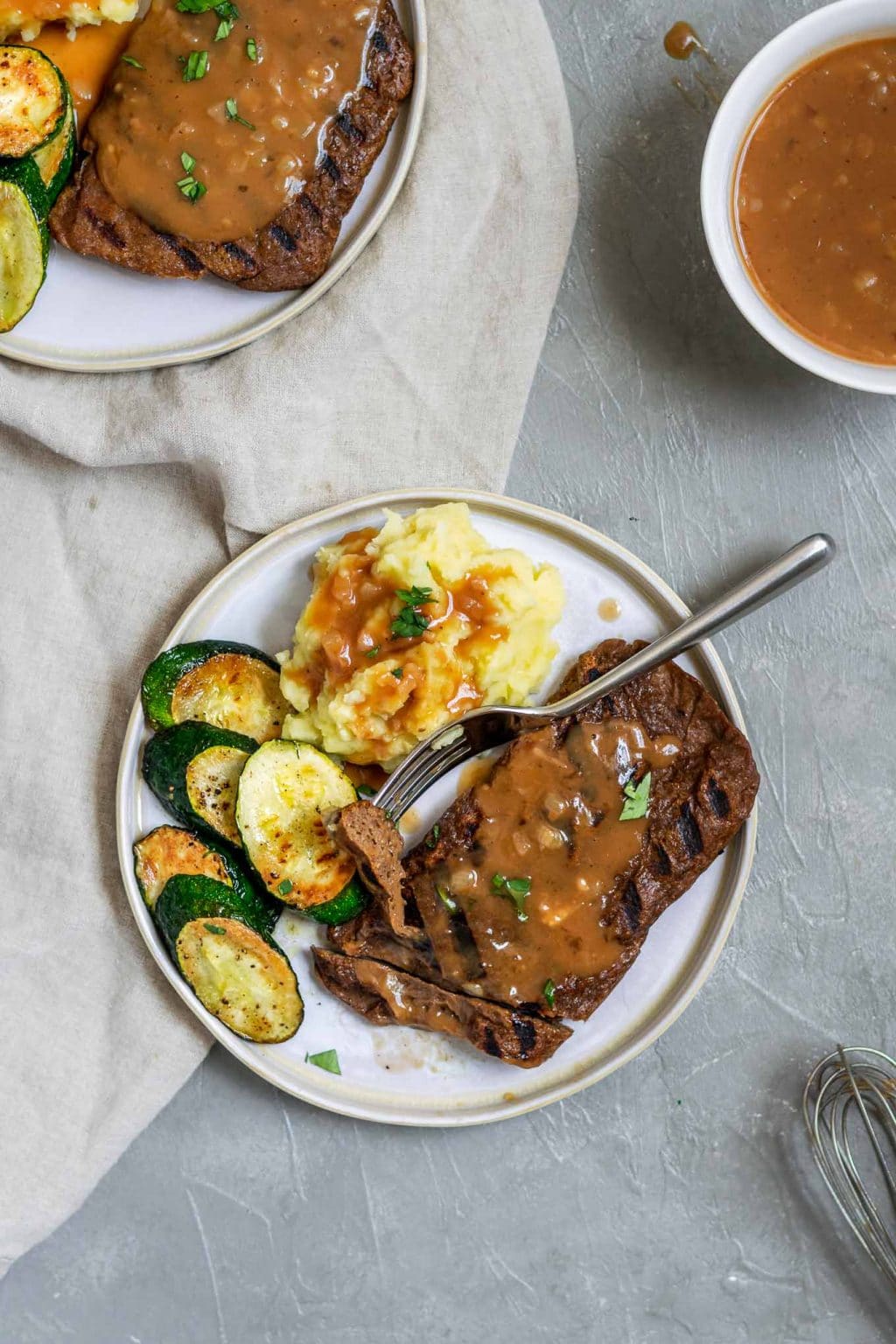 *This makes enough mashed potatoes and sautéed vegetables for 2 servings. Increase as desired. Each [very hearty] serving includes 1 seitan steak, 1/2 lb of potatoes (weight before cooking), and about 1 cup of zucchini.

Seitan takes about 1 hour to make, plus chilling time. The rest of the dinner takes about 10m of prep time and maybe 30 minutes of cook time if you have a couple pots going at time. Less if you multitask! 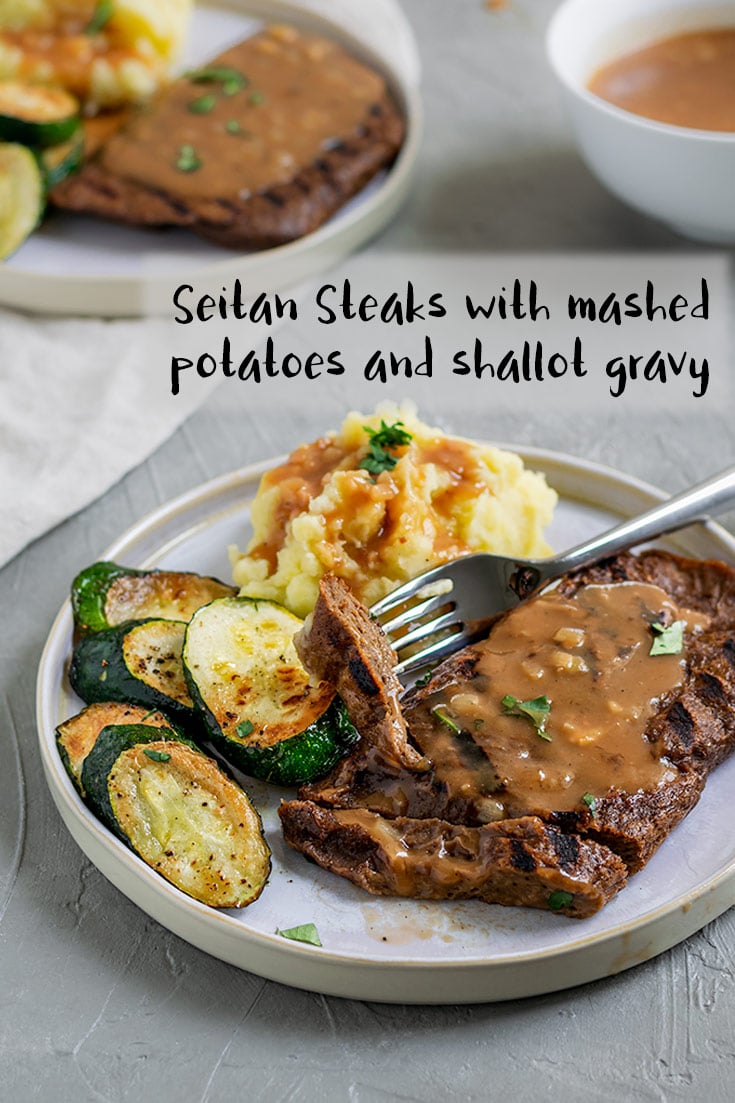 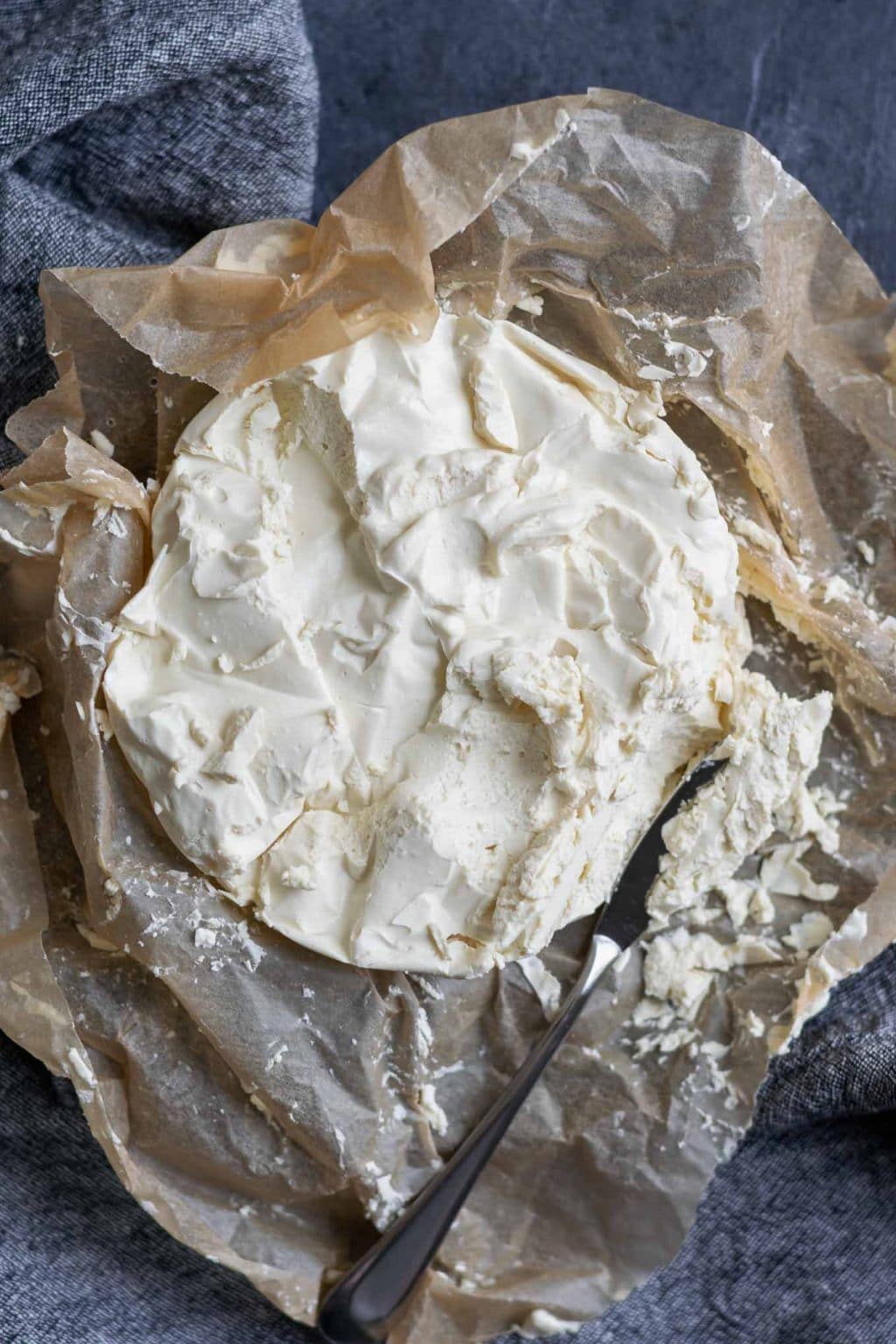 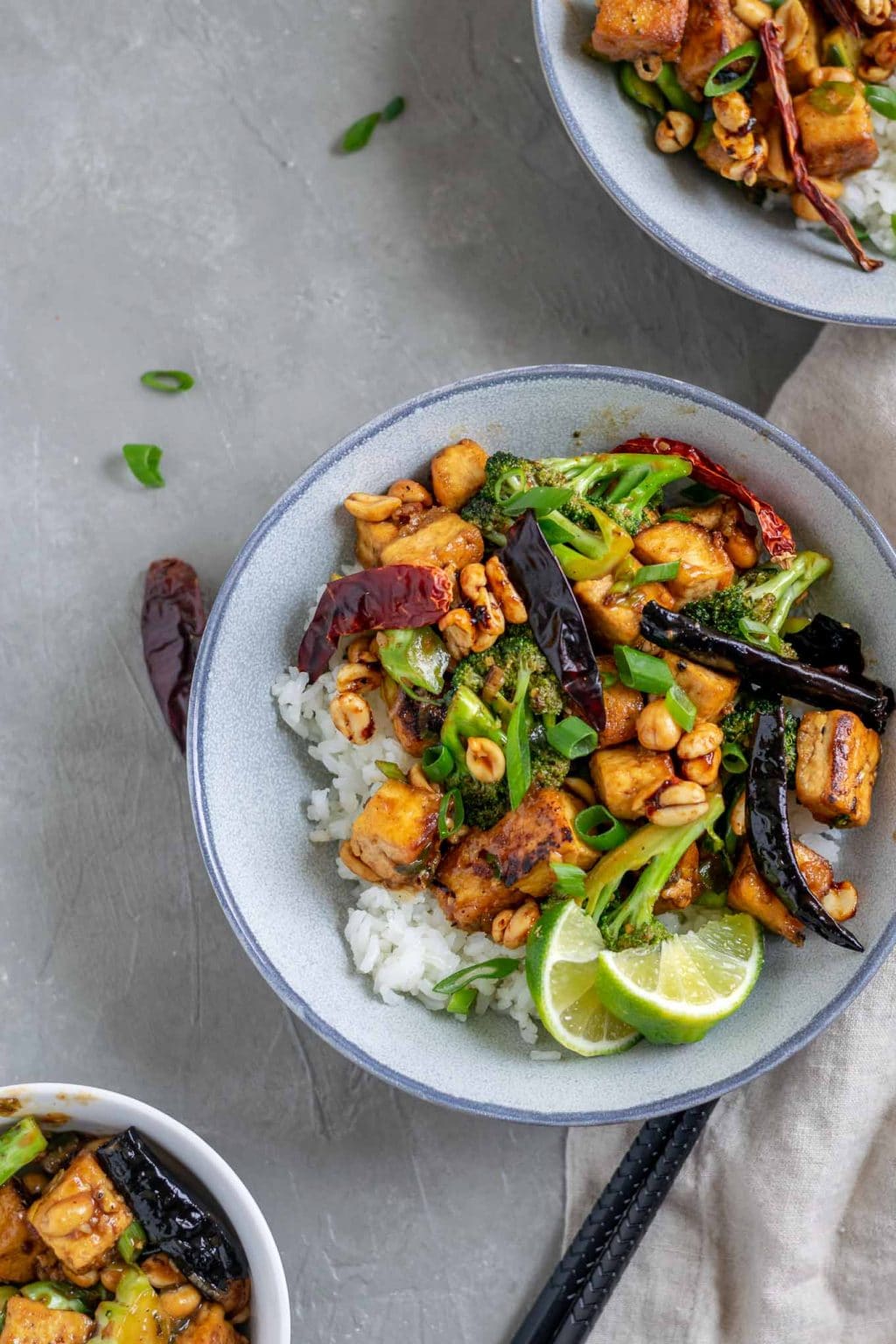 This recipe is delicious!!! One of the hardest things for me to give up when going vegan was steak. I never thought it would be possible to have a true vegan steak. My husband was really pushing trying vital wheat gluten. So I gave it a shot with your recipe and I'm so glad I did. We have this quite frequently. I use this recipe to marinade to make vegan carne asada as well. It's just so good!!

I don't have any chickpea flour. Should I substitute with vital wheat gluten or plain flour?

could i use canned red kidney beans instead of black beans? asking for future uses, gonna try with chickpeas now cause kidney beans are mushier

Hi Kate, You can switch out the beans, the final texture may vary slightly (and darker colored beans will help the seitan be a darker color) but I wouldn't expect it to make a huge difference. I'd love it if you reported back on how they turned out with the different beans!

I am excited to try this ASAP, I have tried many beef seitan recipes in the past and I just havent found what I am looking for.. I think this just may be it! What kind of red wine did you use? Sweet? Dry?

Hi Tina, I hope you enjoy the recipe! The red wine I used was more on the dry side (I don't actually like sweeter wines). I think most red wines would work nicely in this recipe though!

So excited! Do you store them in the fridge in the foil or just a sealed container? Or both? Thank you!

HI Haley, I take them out of the foil before refrigerating, and *definitely* before freezing. If refrigerating in foil probably nothing will happen, but in my experience when I've frozen seitan with the foil on it sticks to it after defrosting.